The Tesvor Robot Vacuum with Voice Control is the only robotic vacuum below $250 that responds to voice controls.
By Tpm Shop
|
December 28, 2018 6:00 a.m.
EDITORS' NOTE: TPM is making our COVID-19 coverage free to all readers during this national health crisis. If you’d like to support TPM's reporters, editors and staff, the best way to do so is to become a member.

Robot vacuums have skyrocketed in popularity since the first mass-market version was released in the early 2000s. They were initially pricey curiosities, but almost 20 years later they’ve become more effective and affordable enough for almost anyone. The Tesvor Robot Vacuum has superior navigation, and it’s the only voice-controlled product in its class for less than $250.

The Tesvor uses gyroscope navigation technology to zip around corners, avoid obstacles, and learn new routes at lightning speeds. It can fully clean your entire home’s floor on schedules you set via the accompanying app, removing dust, dirt, and pet hair with ultra-suction brushes. If voice controls are more up your alley, this robot vac connects to Amazon’s Alexa or Google Home for a spotless smart home.

Fall-prevention and anti-collision sensors protect your robot vac investment from steep stairs or pesky chairs. You’ll barely notice it’s there thanks to whisper-quiet operation, but you can find its exact location and note its cleaning status on the Tesvor app. When your Tesvor is all done sweeping up, it automatically returns to its charging bay until it’s scheduled to tackle your floors again.

The convenience of voice-controlled robotic vacuums usually comes with a hefty price tag. But right now you can get the Tesvor Robot Vacuum with Voice Control for only $189.99 — that’s hundreds of dollars less for a vacuum that’s just as powerful as its competitors. 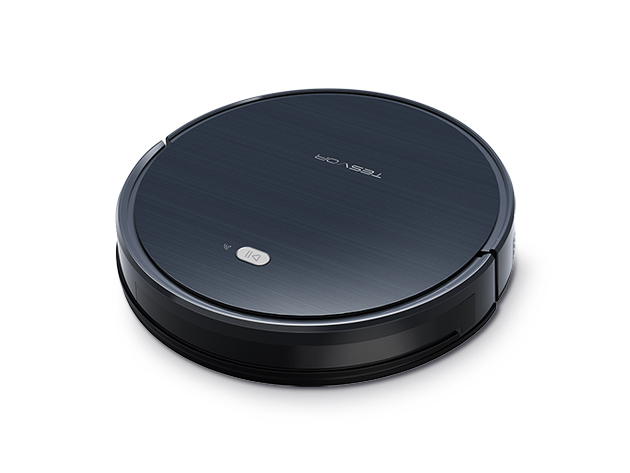