Trump Swamp: Trump Told Campaign Manager To Plug A Super PAC That Pays Them Both 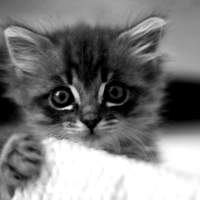 A source familiar with the matter told TPM Wednesday that a “livid” President Donald Trump called his 2020 campaign manager, Brad Parscale, before the campaign released a veiled, biting statement aimed at 2016 deputy campaign manager David Bossie. The rebuke was apparently in response to a joint report from Axios and the Campaign Legal Center which showed that a group run by Bossie, the Presidential Coalition, was using scammy fundraising techniques and boasting of Bossie’s connections to Trump in order to raise money. Something stuck out in the campaign’s statement, though. While it named several legitimate Trump-connected fundraisers — like the Trump campaign itself and the Republican National Committee — it also endorsed an “outside non-campaign group,” a super PAC in this case, called America First Action (AFA). Behind the Trump campaign itself and the RNC, AFA was the top purchaser of Parscale’s services in the 2018 election cycle, according to FEC data compiled by the Center for Responsive Politics.…

This story is only available for TPM Members. Interested in reading exclusive analysis and reporting from TPM’s award-winning staff?

Sign up now and the first month is just ONE DOLLAR